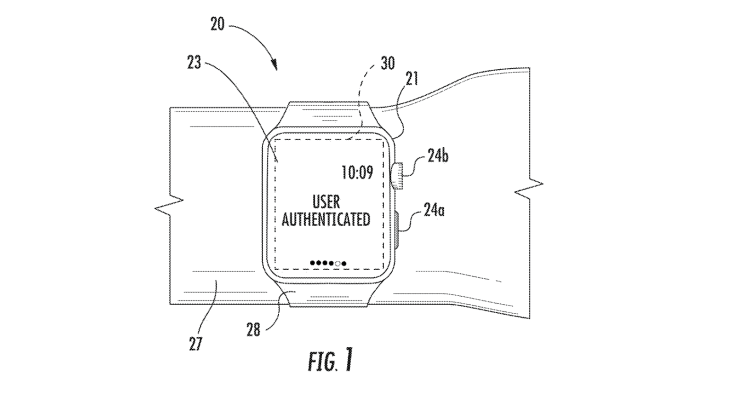 
It looks like Apple is playing with the idea of making the Apple Watch’s band a bit smarter.

As spotted by PatentlyApple, the company was granted a handful of patents this morning, all focused on bringing new tricks to the Watch by way of the band. 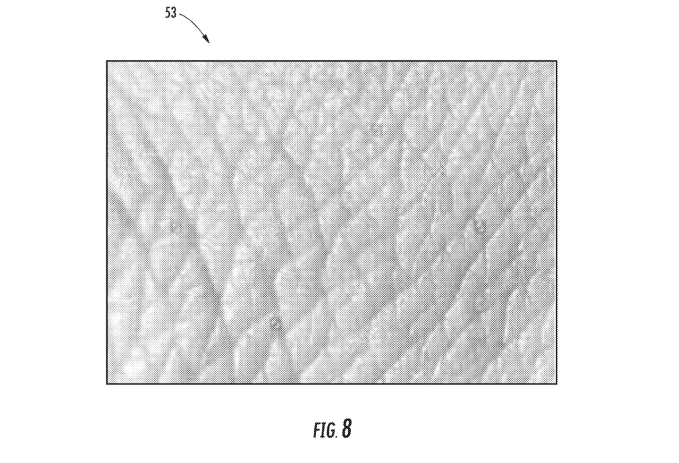 The first patent describes a sensor built into the Watch or the watch’s band that could use infrared to build a thermal image of your wrist and its identifying traits (like skin texture/arm hair) to identify who is wearing it — sort of like a fingerprint, but from your wrist.

Unlike most of Apple’s other devices, the Apple Watch doesn’t currently have any sort of built-in biometrics for unlocking — there’s no thumb print sensor for Touch ID, or camera for Face ID. Unlocking your Apple Watch means poking at the screen to punch in a PIN (or, if you’ve configured it to unlock when you unlock your phone, doing that.) A sensor setup like this could make the unlocking process automatic without the need to unlock your phone. 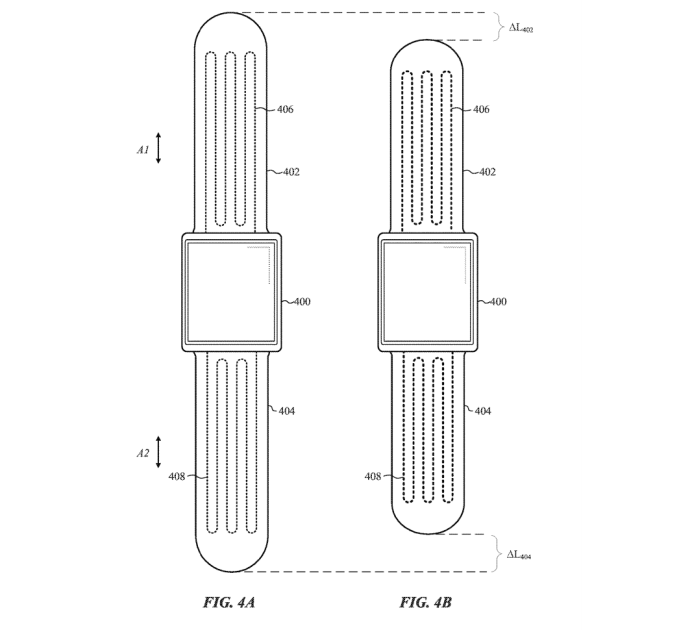 The second granted patent describes a Watch band that can adjust itself on the fly — think Nike’s self-tightening shoes, but on your wrist. If the Watch detects that it’s sliding while you’re running (or if the aforementioned thermal sensors need a closer look at your wrist skin) tensioners in the device could tighten or loosen the band on command.

Finally, a third granted patent tinkers with the idea of a Watch band with built-in light up indicators — like, say, a notification light for incoming texts, or a meter that fills up to tell you at-a-glance how much distance you’ve got left on your run, or a stripe that glows yellow when you’ve got something on your calendar in the next hour. All of this can already be done on the Watch’s screen, of course — this would just allow for it without having to power up the entire display.

As always, it’s worth noting that patents being granted doesn’t guarantee that such any such features will make it to the final product — just that Apple found something cool in its R&D labs, and decided to lock it down.

Apple has kept its bands relatively simple so far for the sake of keeping them swappable; they come in all sorts of materials and colors, but the electronic bits are contained within the Watch itself. Adding sensors and indicators to the band complicates that. As the user you’d have to decide: do you want the band you like the most on your wrist, or the one with the fancy notification lights?