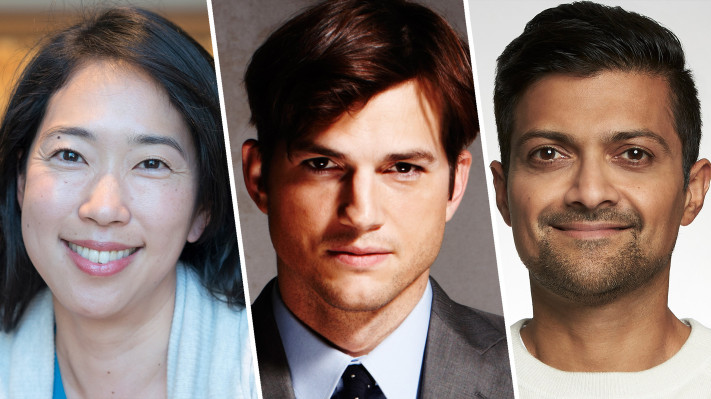 
The Disrupt Battlefield is one of the best parts of the conference. Twenty+ startups step on to the Disrupt Main Stage with a product, a pitch, and a dream. They have six minutes to convey how they’re going to fundamentally disrupt their industry, and six minutes of Q&A with world-renowned judges from the VC world.

Pride. Anxiety. Despair. Glory. Anything could happen on that stage, particularly with judges that are at the top of their game and can smell bull shit from a mile away.

This year, at Disrupt SF 2019, we’ll be joined by Ashton Kutcher, Ann Miura-Ko and Mamoon Hamid in the finals round of the Battlefield. And we couldn’t be more excited!

This won’t be Kutcher’s first time at Disrupt. He’s hung out with us a couple times before to discuss his investment strategy for Sound Ventures, and previously, A-Grade investments. This will be his first time as a Finals Judge for the Battlefield, however, and it’ll be fascinating to see the superstar investor work in real-time on the Main Stage.

Ann Miura-Ko, co-founding partner at Floodgate, will be returning as a Battlefield judge. Miura-Ko is a repeat member of the Forbes Midas List, the New York Times Top 20 Venture Capitalists Worldwide, and has been called the most powerful woman in startups. Her portfolio includes Lyft, which went public this year, as well as Refinery29, Xamarin and Thinkful.

Kleiner Perkins partner Mamoon Hamid will also be judging the Battlefield Finals. Hamid was a cofounder at Social Capital and a partner at US Venture Partners before joining Kleiner Perkins, and has invested in companies like Slack, Yammer, Box, and Figma.

We’re amped to have such amazing VCs join us for the final round of the Startup Battlefield competition. Join us at Disrupt SF, which runs October 2 to 4 at the Moscone Center. Tickets are still available at an early-bird rate, but that ends this week.