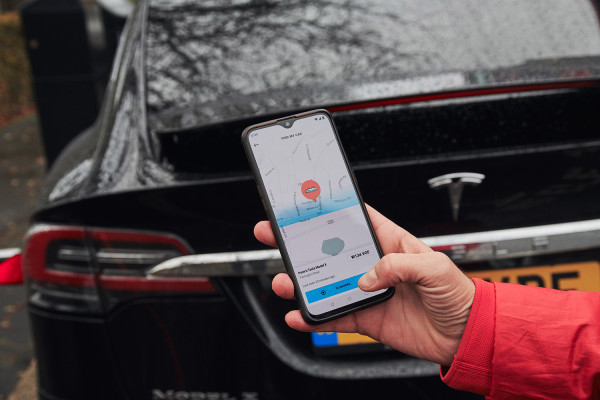 The new insurance product pulls real-time mileage information directly from a car owner’s Tesla account and uses the distance they have driven to price their insurance each month. It claims to be the first car insurance policy to take data from a car without the need for a “black box” or aftermarket device.

The new policy — created in partnership with digital insurer La Parisienne Assurances (backed by Swiss Re) — offers lower mileage Tesla owners in the U.K. (those that drive under 7,000 miles a year) the opportunity to save significantly on their annual car insurance, according to By Miles.

More broadly, the insurtech says it is bucking the trend of car insurance not keeping pace with changes in technology, including the move to connected and electric cars. It cites industry figures that suggest 1 in 10 new cars sold in the U.K. are now electric.

James Blackham, co-founder of By Miles, says the insurance industry needs to “catch up and launch policies as smart as the cars themselves”.

To activate the pay-per-mile Tesla policy, drivers simply connect their Tesla with their By Miles account, with no need to install a separate so-called “black box”. Via the By Miles app, they are then able to instantly see the cost of each day’s miles and pay for what they’ve driven monthly.

The new policy also claims to provide electric-first policy coverage, including covering items often not included on insurance policies as standard, such as “damage or theft of charging cables and accessories as well as electric car batteries”.

Meanwhile, in other ways the By Miles connected car policy isn’t so much of a deviation from the company’s existing By Miles coverage. It first launched a pay-by-mile policy in July 2018 enabled by its “Miles Tracker” device that plugs into your car to count mileage, and now claims over 10,000 policyholders.