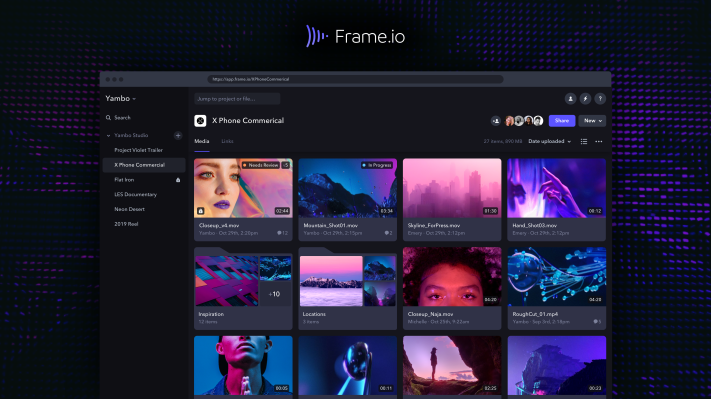 
New York-based Frame.io, a video review and collaboration platform now used by over a million customers, has raised $50 million in Series C funding to further expand its investment in cloud-based video workflows. The round was led by Insight Partners, and included participation from existing investors Accel, FirstMark, SignalFire, and Shasta Ventures.

Itai Tsiddon, co-founder of Lightricks — another company looking to modernize media creation, most recently with the launch of content creation apps for small businesses — is joining Frame.io’s board to represent Insight Partners. To date, Frame.io has raised $82.2 million.

Founded in 2014 by the owner of a post-production company Emery Wells and technologist John Traver, Frame.io was created to solve the workflows challenges filmmakers faced in their daily lives.

The Frame.io web platform was designed to be a part of its customer’s existing processes, by integrating with non-linear editing systems (NLE’s), like Adobe Premiere Pro, Avid, Apple Final Cut Pro, and DaVinci Resolve Studio. These integrations allow editors to upload directly to Frame.io, then organize and share their products both internally and with external clients. 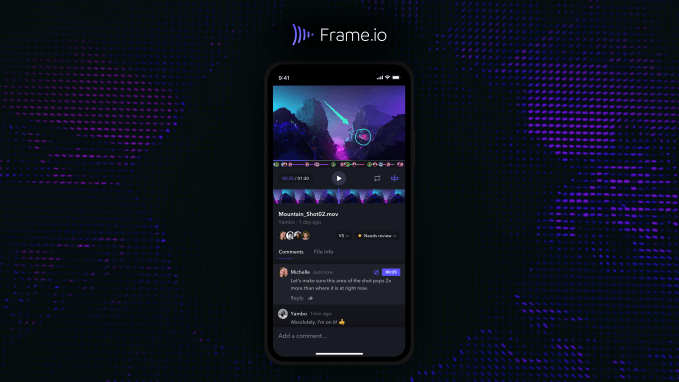 The service today is priced starting at $19 per month for an individual creator, $49 for a small team of three people, with the option to add on seats at $25/per seat per month, for up to 25 total seats. Beyond that, custom enterprise pricing is available. The feature set, active and archival storage, and customer support also improves as you move further up the pricing tiers.

Since launch, Frame.io has been adopted by a number of larger customers, including Turner Broadcasting, Disney, NASA, Snapchat, BBC, BuzzFeed, TED, Adobe, Udemy, Google, Fox Sports, Media Monks, Ogilvy, and VICE Media. Of its 1 million active customer accounts, Wells tells TechCrunch around 17,000 are from paying customers. He declined to speak to Frame.io’s profitability or current valuation, however.

Frame.io claims its customer base is 60% more efficient after adopting its solution, 41% more likely to hit their project deadlines, and are able to produce 39% more videos per month, on average.

With the added capital, the startup plans to double its product, design, and engineering teams from 40 people to 80, growing its total team from 110 to 240. It will also open an L.A.-based office and showroom next year, invest further in security, develop a set of (still to be announced) new products, and deliver on its so-called “camera to cloud” initiative.

This initiative was announced in October alongside the appointment of Michael Cioni, previously of Panavision, to Frame.io Global SVP of Innovation. Cioni is known in the industry for creating creative services company Light Iron in 2009 and spearheading the Millennium DXL 8K large-format camera system at Panavision. He’s also known for his work on films like Total Recall, The Green Hornet, Whiskey Tango Foxtrot, Gone Girl, Muppets Most Wanted, and The Social Network.

Cioni will be heading up the new L.A. operation which will more specifically focus on bringing the Frame.io platform to the areas of motion picture and television production. In order to gain more traction in this market, the company plans to address industry concerns around image quality, archiving, security and future proofing, the company recently explained.

In addition, Cioni sees the potential for Frame.io to benefit from the growth of the streaming video market.

“As the ‘streaming wars’ motivate a historic level of content across the global media landscape, the need to optimize the relationship creatives have with their content must also dramatically evolve,” he says. “Frame.io’s cloud-enabled workflows will serve the community by building a centralized, parallel, zero-latency collaborative experience access all departments and across all regions,” he says. “Our platform is not native to one department, rather Frame.io will become Hollywood’s operating system that uniquely connects the cloud, 5G network connections, production technologies, and a centralized database with each individual department,” Cioni stated.

Meanwhile, on the security front, Frame.io has been ramping up on its focus since February 2018 To date, it has added TPN compliance, Soc 2 Type 2 compliance, plus published a peer-reviewed security research paper, and received a CSO security award, it says. 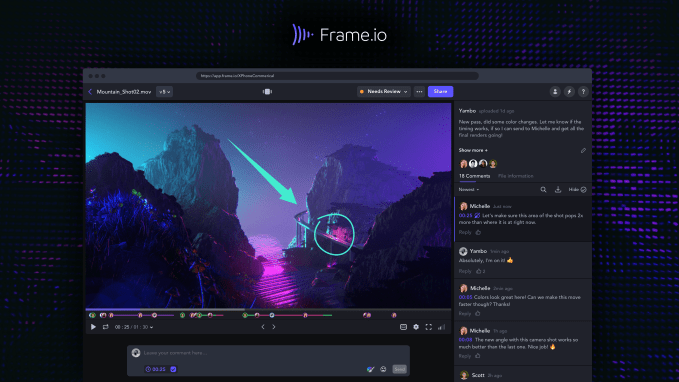 Frame.io is not without competition in the video management business. Vimeo has been pivoting away from being a consumer-focused service to become a hub for video creation tools for individuals, teams, businesses, agencies and others, with particular focus on live video for social media, cross-platform streaming, OTT, and more.

Meanwhile, Wipster’s rival video collaboration platform is used by Meredith, AMC, NPR, Time Inc., REI Studios, Sephora Studios, Shopify Studios, Deloitte Studios, and others, according to its website. However, its corporate video platform isn’t designed for Hollywood, but rather for use cases like HR review of internal video comms, legal reviews of external sales and marketing videos, subject matter expert reviews of training videos, creative reviews and signoffs on videos from external agencies and freelancers.

“We’re thrilled to be partnering with Insight on this next round of financing. Insight deeply understands the creative space and the changing tides the film and video market will see over the next several years,” said Emery Wells, co-founder and CEO of Frame.io, in a statement. “2019 has been a year of massive growth and of major milestones for us: we celebrated reaching 100 employees, moved into brand new headquarters in lower Manhattan and, most recently, welcomed industry veteran Michael Cioni to the team. We are driving to create the most innovative approach to video workflows since the emergence of digital 20 years ago.”