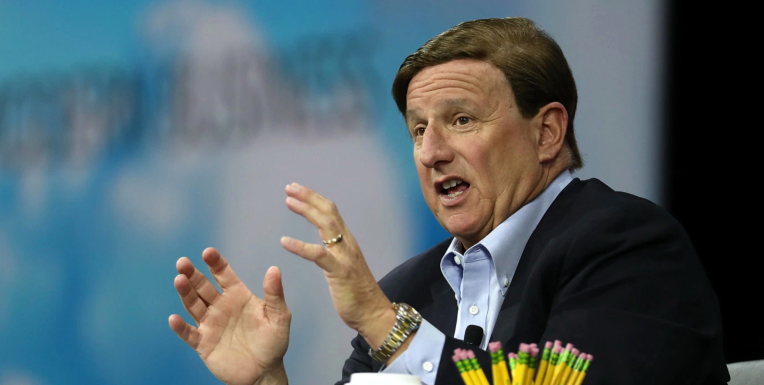 
Mark Hurd, who until last month was one of two CEOs leading the database software giant Oracle, has passed away at age 62, one month after telling employees in a letter that he was taking a leave of absence owing to health reasons.

Staffers, who were notified that Hurd died earlier this morning, have been offering their condolences on Twitter.

Hurd joined Oracle nine years ago, after spending five years with Hewlett-Packard, where he was CEO, president and, ultimately, board chairman, all roles from which he was pressured to resign in 2010 after submitting inaccurate expense reports that concealed his personal relationship with an outside consultant to the company.

At the time, Allen Lind, a professor of leadership at Duke’s Fuqua School of Business, told Time magazine: “People don’t like their leaders to have frailties. That’s just the way it works.”

The very next month, Larry Ellison, a friend of Hurd, named him the co-president of Oracle, the company Ellison had himself founded in the summer of 1977. Said then-CEO Ellison in a statement relating to the move, “Mark did a brilliant job at H-P, and I expect he’ll do even better at Oracle. There is no executive in the I.T. world with more relevant experience than Mark.”

Indeed, when Ellison stepped down as the CEO of Oracle in 2014 to become the company’s chief technology officer, he promoted Hurd to the role of CEO, a role he had since shared with Oracle’s former CFO, Safra Catz.

When Hurd left last month, Catz, who has been an executive with Oracle since 1999, became the sole CEO of Oracle, though Ellison has indicated that she won’t be operating the company single-handedly for long. Instead, he told analysts last month that though some people find it “weird,” Oracle plans to keep its dual-CEO structure, in part owing to situations as with Hurd where life throws an executive team a curveball.

According to Business Insider, Ellison has already promised the board of directors the names of numerous internal candidates, including Don Johnson, the executive vice president of Oracle Cloud Infrastructure.

Said Ellison at Oracle’s OpenWorld event in San Francisco last month: “I believe in a dual-CEO structure. The normal case would be dual CEO here for obvious reasons. That it’s good to have capacity and good to have specialization. And then, God forbid, if something untoward should happen, you have capacity; you are not incapacitated.”

Hurd attended Baylor University in Waco, Texas on a tennis scholarship and reportedly dabbled on the professional tennis circuit immediately after graduating. He began his career at NCR Corp., where he was promoted to chief operating officer 22 years into his tenure with the company, and to the role of CEO the following year, in 2003.

Hurd is survived by his wife, Paula, and daughters Kathryn and Kelly.

Ellison released a statement just now about the development. It reads:

It is with a profound sense of sadness and loss that I tell everyone here at Oracle that Mark Hurd passed away early this morning. Mark was my close and irreplaceable friend, and trusted colleague. Oracle has lost a brilliant and beloved leader who personally touched the lives of so many of us during his decade at Oracle. All of us will miss Mark’s keen mind and rare ability to analyze, simplify and solve problems quickly. Some of us will miss his friendship and mentorship. I will miss his kindness and sense of humor. Mark leaves his beloved wife Paula, two wonderful daughters who were the joy of his life, and his much larger extended family here at Oracle who came to love him. I know that many of us are inconsolable right now, but we are left with memories and a sense of gratitude…that we had the opportunity to get know Mark, the opportunity to work with him…and become his friend.