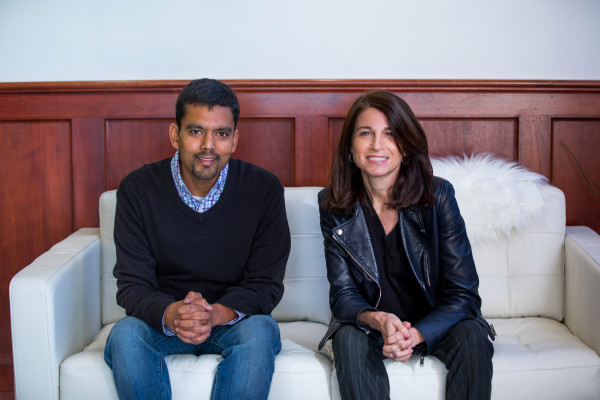 Shortly after departing Stitch Fix, Bornstein began building The Yes, an AI-powered shopping platform expected to launch in the first half of 2020. She’s teamed up with The Yes co-founder and chief technology officer Amit Aggarwal, who’s held high-level engineering roles at BloomReach and Groupon, and most recently, served as an entrepreneur-in-residence at Bain Capital Ventures, to “rewrite the architecture of e-commerce.”

“This is an idea I’ve been thinking about since I was 10 and spending my weekends at the mall,” Bornstein, whose resume includes chief marketing officer & chief digital officer at Sephora, vice president of e-commerce at Urban Outfitters, VP of e-commerce at Nordstrom and director of business development at Starbucks, tells TechCrunch. “All the companies I have worked at were very much leading in this direction.”

Coming out of stealth today, the team at The Yes is readying a beta mode to better understand and refine their product. Bornstein and Aggarwal have raised $30 million in venture capital funding to date across two financings. The first, a seed round, was co-led by Forerunner Ventures’ Kirsten Green and NEA’s Tony Florence. The Series A was led by True Ventures’ Jon Callaghan with participation from existing investors. Bornstein declined to disclose the company’s valuation.

“AI and machine learning already dominate in many verticals, but e-commerce is still open for a player to have a meaningful impact,” Callaghan said in a statement. “Amit is leading a team to build deep neural networks that legacy systems cannot achieve.”

Bornstein and Aggarwal withheld many details about the business during our conversation. Rather, the pair said the product will speak for itself when it launches next year. In addition to being an AI-powered shopping platform, Bornstein did say The Yes is working directly with brands and “creating a new consumer shopping experience that helps address the issue of overwhelm in shopping today.”

As for why she decided to leave Stitch Fix just ahead of its $120 million IPO, Bornstein said she had an epiphany.

“I realized that technology had changed so much, meanwhile … the whole framework underlying e-commerce had remained the same since the late 90s’ when I helped build Nordstrom.com,” she said. “If you could rebuild the underlying architecture and use today’s technology, you could actually bring to life an entirely new consumer experience for shopping.”

The Yes, headquartered in Silicon Valley and New York City, has also brought on Lisa Green, the former head of industry, fashion and luxury at Google, as its senior vice president of partnerships, and Taylor Tomasi Hill, whose had stints at Moda Operandi and FortyFiveTen, as its creative director. Other investors in the business include Comcast Ventures and Bain Capital Ventures