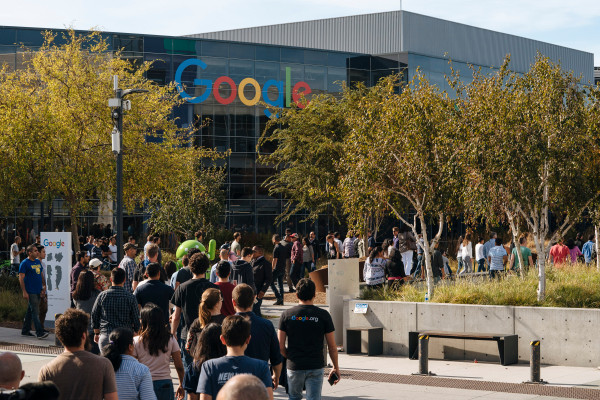 
The Daily Crunch is TechCrunch’s roundup of our biggest and most important stories. If you’d like to get this delivered to your inbox every day at around 9am Pacific, you can subscribe here.

Employee activist Rebecca Rivers (who was involved in a campaign pressuring Google to end its contract with U.S. Customs and Border Protection) said yesterday that she’d been fired. Google declined to comment but confirmed an internal note published by Bloomberg, which said the company fired a total of four employees for repeatedly violating its data-security policies.

Earlier this month, Google put Rivers and Laurence Berland on leave for allegedly violating company policies. Ahead of an employee rally last week, however, organizers said the “attack” on Rivers and Berland “is an attack on all people who care about transparency and accountability for tech.”

People in the U.S. who are over 18 can now download Viewpoints and participate in a survey to help Facebook can learn to “limit the negative impacts of social media and enhance the benefits.” Other opportunities include completing online chores on behalf of Facebook or trying out new apps or devices ahead of launch so Facebook can refine them.

Join us December 11 and December 12 as we sit down with CEOs from big-name companies such as UIPath, Samsung and Naspers, as well as leading investors from Atomico, SoftBank and Index.

4. Leavy.co, the app for millennials who want to rent out their room while traveling, discloses $14M funding

The Leavy.co app is described as a “travel community and marketplace” that wants to help millennials travel more for less. At the heart of its offering is a way for travelers (dubbed “Happy Leavers”) to rent out their room or apartment when they are away to help fund their trip.

NASA activated a free-floating autonomous robot called ‘Bumble’ earlier this year, and now Bumble has a new companion called Honey. Both are Astrobee robots, cube-like “robotic teammates” for ISS astronauts, that are designed to help with experiments, day-to-day activities and more.

Founder and CEO Pierpaolo Barbieri, a Buenos Aires native and Harvard University graduate, says his ambition was to create a platform that would bring all financial services into one app linked to one card. As it exists now, Ualá is linked to a prepaid, global Mastercard and allows users to transfer money, invest in mutual funds, request loans, pay bills and top-up prepaid services.

Wasabi CEO David Friend looks at why venture and private equity funds have been chasing unprofitable unicorns, and why they’ve soured on those unicorns lately. (Extra Crunch membership required.)