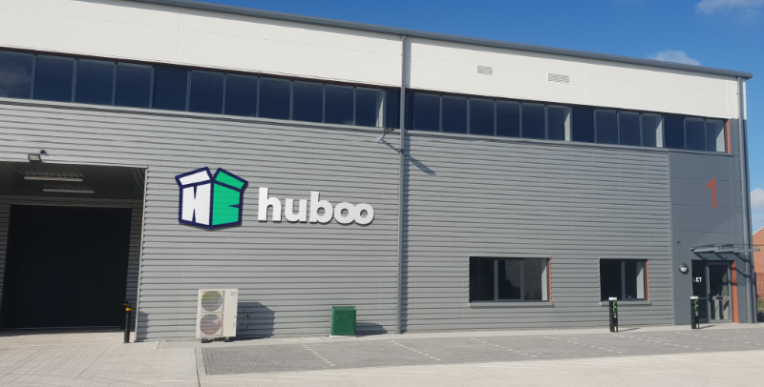 
Huboo, a U.K. startup that operates a multi-channel fulfilment service for e-commerce businesses of varying sizes, has raised £1 million in seed funding. Backing the majority of the round is London venture capital firm Episode 1, alongside a number of unnamed private individual investors.

Launched in November 2017 by Martin Bysh and Paul Dodd after the pair had ran a number e-commerce experiments, Huboo aims to solve the fulfilment pain-point that most online stores face. The service promises to store your stock, and then “pick, pack and deliver it” automatically as customer orders are placed.

However, according to Huboo’s founders, except for larger e-commerce stores, the market is woefully underserved, with most fulfilment providers too expensive and uninterested in servicing smaller businesses. The only other option, they claim, is Amazon’s “Fulfillment by Amazon” (FBA), which they say is viable only for goods sold on Amazon because of discounts the e-commerce giant offers.

“Packing boxes and queuing in the post office were a horrible side effect of our [e-commerce] experimentation, and we needed to offload this if we weren’t to waste hours each day or abandon the whole e-commerce research project,” says Bysh.

“Luckily this is a solved problem, or so we thought… but we called around some fulfilment companies and discovered that they had no interest in our business, our items were too cheap and our volumes too low. And they weren’t very tech savvy, often basing their business on 3rd party warehouse management software, and limited marketplace integrations”.

The pair decided to change tact. Instead of attempting to find the next pure e-commerce opportunity, as their e-commerce experiments had intended, they began trying to figure out a way to “shatter the traditional economics of fulfilment”. The potential prize is a “huge chunk” of what Bysh frames as a “multi-billion, largely uncontested” market.

“We did some research on the market opportunity and determined that in the U.K. alone the opportunity was around £1 billion of more or less uncontested fulfilment business,” he says.

The key was to build systems that are flexible enough for Huboo to work with sellers, regardless of what they sell, how many they sell, and whether or not the goods are sold new or “re-commerced”. “We have clients that ship a couple of items a day and other that ship thousands. Items range in price for a few pounds to hundreds,” explains Bysh.

Bysh says that serving this part of the fulfilment market is made possible via a combination of bespoke technology and algorithms, leading to “massive process optimisation” and reducing client management costs through SaaS sign-ups, on-boarding, and support.

But it’s not just about tech-driven optimised processes. Part of Huboo’s proposition is achieved through something as simple as a modular approach the company has designed to organise its warehouses. This sees every client given a designated space within a hub and a hub manager who understands their business.

From a revenue model perspective, Huboo is attempting to align its own interests with that of sellers. The startup provides two months of free storage to all clients for every new inventory shipment, so if sellers manage and maintain turnover they won’t need to pay for storage again.

“When a seller sells, we fulfil, which means they pay us primarily when they are earning. That’s where 80% of the revenue comes from,” explains Bysh.

Meanwhile, Huboo generates additional revenues from a small administrative subscription and optional services, such as packaging. The latter will grow when “Hubstore” is launched later this year, offering upgrades and customisations in a single click. This will include related services, such as tech to help expand to additional channels and increase sales.