Mark Hurd, the co-CEO of Oracle, is taking a leave of absence, citing health reasons – TechCrunch 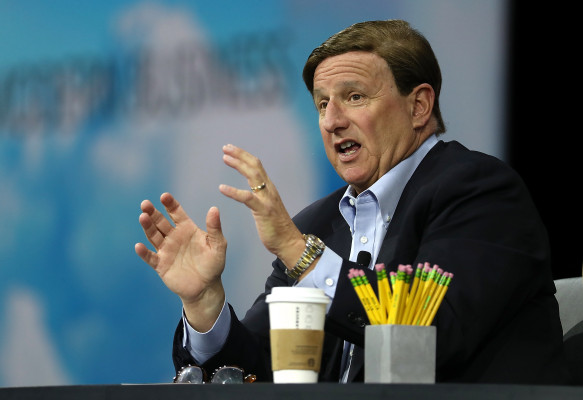 
Mark Hurd, one two CEOs leading the database software giant Oracle, is taking a leave of absence owing to health reasons, he told employees in a letter today. Oracle has not specified what Hurd’s health issue is or how long he is expected to be away.

Hurd joined Oracle nine years ago, after spending five years with Hewlett-Packard where he was CEO, president, and, ultimately, board chairman, all roles from which he was pressured to resign in 2010 after submitting inaccurate expense reports designed to conceal what H-P described at the time as his “close personal relationship” with a female contractor who helped with H-P’s marketing.

The news shocked many outsiders given Hurd’s performance, which saw the shares of H-P double on his watch, though the board suggested that it had little choice after the contractor’s lawyer, celebrity attorney Gloria Allred, contacted the company, charging sexual harassment. (“This was a necessary decision,” said then-director Marc Andreessen at the time.)

Hurd left with $12,224,693 in severance. The very next month, Larry Ellison, a friend of Hurd, named him the co-president of Oracle, the company Ellison had himself founded in the summer of 1977. Said then-CEO Ellison in a statement relating to the move, “Mark did a brilliant job at H-P, and I expect he’ll do even better at Oracle. There is no executive in the I.T. world with more relevant experience than Mark.”

Indeed, when Ellison stepped down as the CEO of Oracle in 2014 to become the company’s chief technology officer instead, he promoted to Hurd to the role of CEO, a role he has since shared with Oracle’s former CFO, Safra Catz.

With Hurd’s departure for now, Catz will become the sole CEO of Oracle. Ellison, who remains the company’s CTO, is also expected to take on some of Hurd’s responsibilities, says CNBC.

Hurd, who attended Baylor University in Waco, Tex., on a tennis scholarship and reportedly dabbled on the professional tennis circuit immediately after graduating, began his career at NCR Corp., where he was promoted to chief operating officer 22 years into his tenure with the company, and to the role of CEO the following year, in 2003.

In at statement today, Ellison tried to reassure Oracle investors, writing that “Oracle has an extremely capable CEO in Safra Catz and an extraordinarily deep team of executives, many with long tenure at Oracle.” Added Catz, “Mark was extremely engaged with the business through the end of our just completed Q1, but now Mark needs to focus on his health.”

Oracle released its quarterly financial results as it announced Hurd’s departure, revealing that it missed Wall Street estimates slightly. The stock, which fell 2.7 percent in after-hours trading, has recovered as of this writing.

This story is developing. In the meantime, Hurd’s full note to employees follows:

To all my friends and colleagues at Oracle,

Though we all worked hard together to close the first quarter, I’ve decided that I need to spend time focused on my health.  At my request, the Board of Directors has granted me a medical leave of absence. As you all know, Larry, Safra and I have worked together as a strong team, and I have great confidence that they and the entire executive management team will do a terrific job executing the exciting plans we will showcase at the upcoming OpenWorld.

I love Oracle and wish you all success during my absence.