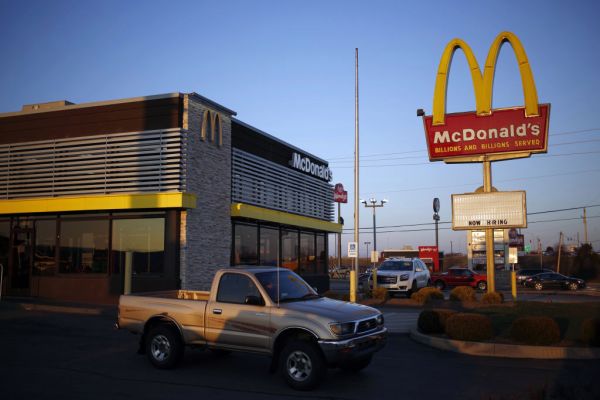 
McDonald’s is increasingly looking at tech acquisitions as a way to reinvent the fast-food experience. Today, it’s announcing that it’s buying  Apprente, a startup building conversational agents that can automate voice-based ordering in multiple languages.

If that sounds like a good fit for fast-food drive thru, that’s exactly what McDonald’s leadership has in mind. In fact, the company has already been testing Apprente’s technology in select locations, creating voice-activated drive-thrus (along with robot fryers) that it said will offer “faster, simpler and more accurate order taking.”

McDonald’s said the technology could also be used in mobile and kiosk ordering. Presumably, besides lowering wait times, this could allow restaurants to operate with smaller staffs.

Earlier this year, McDonald’s acquired online personalization startup Dynamic Yield for more than $300 million, with the goal of creating a drive-thru experience that’s customized based on things like weather and restaurant traffic. It also invested in mobile app company Plexure.

Now the company is looking to double down on its tech investments by creating a new Silicon Valley-based group called McD Tech Labs, which the Apprente team becoming the the group’s founding members, and Apprente co-founder Itamar Arel becoming vice president of McD Tech Labs. McDonald’s said it will expand the team by hiring more engineers, data scientists and other tech experts.

“Building our technology infrastructure and digital capabilities are fundamental to our Velocity Growth Plan and enable us to meet rising expectations from our customers, while making it simpler and even more enjoyable for crew members to serve guests” said McDonald’s President and CEO Steve Easterbrook in a statement. “Apprente’s gifted team, and the technology they have developed, will form McD Tech Labs, a new group integrated in our Global Technology team that will take our culture of innovation one step further.”

Apprent was founded in 2017 and raised a total of $4.8 million from investors including AME Cloud Ventures, Morado Ventures, Pathbreaker Ventures, Point72 Ventures, Greylock Partners and StageOne Ventures, according to Crunchbase. The financial terms of the acquisition were not disclosed.