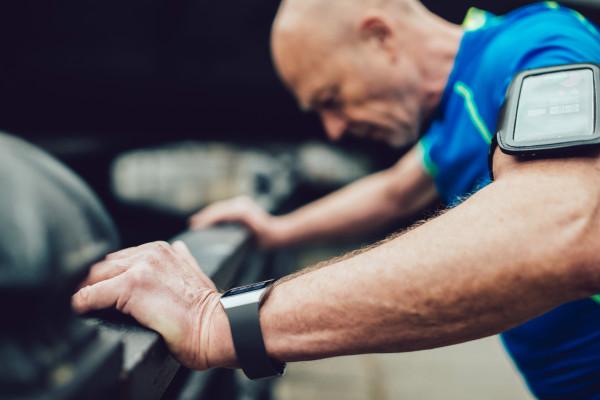 
Medopad, the UK startup that has been working with Tencent to develop AI-based methods for building and tracking “digital” biomarkers — measurable indicators of the progression of illnesses and diseases that are picked up not with blood samples or in-doctor visits but using apps and wearables, has announced another round of funding to expand the scope of its developments. It has picked up $25 million led by pharmaceuticals giant Bayer, which will be working together with Medopad to build digital biomarkers and therapeutics related to heart health. Medopad said it is also working on separate biomarkers related to Parkinson’s, Alzheimer’s and Diabetes.

The Series B is being made at a post-money valuation of between $200 million and $300 million. In addition to Bayer, Hong Kong firm NWS Holdings and Chicago VC Healthbox also participated. All three are previous investors, with NWS leading its $28 million Series A in 2018, bringing the total raised by Medopad to over $50 million. It also comes on the heels of the company signing a high-profile deals totalling some $140 million with a string of firms in China, including Tencent, Ping An, and the Chinese divisions of GSK, Johnson & Johnson and more.

The world where medicine mixes with tech in the name of doing things faster, better and with less expense had a big knock with the rise and calamitous fall of Theranos, the blood-testing startup that claimed to have developed technology to perform a multitude of tests tracking biomarkers using only a few drops of blood — tests that used to require significantly more blood (and expense) to run accurately. Great concept, if only it weren’t a scam.

While Medopad also tracks biomarkers, it’s taking a very different, non-invasive route to building its solutions. The company constructs its algorithms and tracking working with pharmaceutical and tech partners to build the solution end-to-end, leaning on advances in software and hardware to fulfil ideas that have been unattainable goals for a long time.

“For the past 25 years, we have been talking about this connected healthcare, but no one has doe it,” CEO Dan Vahdat, who co-founded the company with Rich Khatib, said in an interview. “The nature of the concept has just been too challenging. The approach is established but the computing and device technology wasn’t able to detect and read these things outside of hospital settings.”

In one example, a classic Parkinson’s test would have required a patient to go to into a doctor’s office for a 30-minute assessment to determine how a patient is walking. In recent times, however, with the advent of advanced computer vision and far better sensors on devices, a new category of digital biomarkers, as Vahdat calls them, are being created — for example, by tracking how a person is walking — her/his gait and other metrics — to provide similar guidance to a clinician on the patient’s progress. “These can be collected, for example, based on how you walk and talk, along with other vital signs,” he said.

The startup is also working with teaching hospitals to build other clinical trials. For example it has a partnership with the Royal Wolverhampton to better track Aortic Stenosis, when heart valves narrow and restrict blood flow.

“This is a very exciting project and fits with our ethos of ‘proactive’ and ‘one to many care’ which, we think, will benefit patients and release valuable clinical time,” said Professor James Cotton at The Royal Wolverhampton NHS Trust, in a statement.

Longer term, it’s also working with Janssen (a division of Johnson & Johnson) a possible way of tracking early signs and progress of Alzheimers by way of cognitive tests that someone can take at home.

Medopad has a healthy approach to the work it is doing reminiscent of the kind of collaboration that is typical in the world of science, which perhaps is the aspect that sets it apart best from the vapourware of the world. “We won’t claim that we can do what others can’t, but we are using foundations that were built years ago, to discover and commercially deploy solutions via our channel.” He added that Babylon in the UK and Collective Health in the UK are two companies he admires for taking a similar approach in their respective fields of doctor/patient care and health insurance.

The fact that the company works so closely with Tencent and other Chinese companies is notable at a time when there is a lot of scrutiny of China and how its companies may be using or working with personal data in countries like the US and UK. Vahdat said that all patient data is only collected with consent, and if any data from Medopad is passed to its partners, it’s anonymised. A patient’s data, furthermore, does not leave the country in which it is collected.

Medopad’s main asset, in any case, is not data, but the algorithms and methods it uses to collect and process digital biomarkers.

“We are a big believer in the fact that data is not our product,” he said. “That is something we are really proud of.”