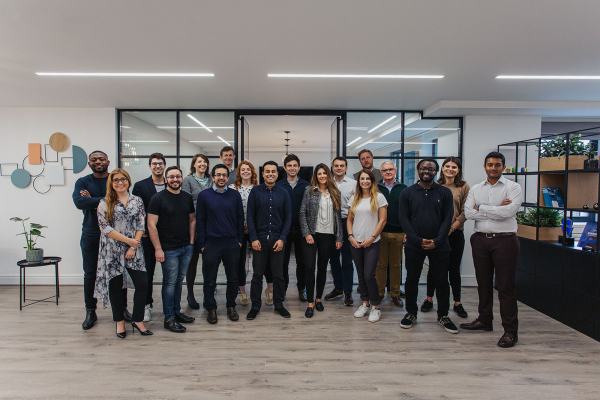 
MMC Ventures, the London-based VC that typically invests at Seed and Series A via the various funds it manages, has launched a new £100 million “Scale Up” fund to provide expansion capital to its later-stage portfolio companies.

This is a move we are seeing a number of early-stage European VCs make, such as LocalGlobe with its “Latitude” fund, as they look to double-down on existing investments at Series B and beyond.

The motivation is obvious: as European tech continues to grow, becoming increasingly ambitious and global, investors don’t want to get diluted too much and too early. Meanwhile, although arguably there is an abundance of early-stage capital floating around, there are less European funds as you move to later stage.

MMC Ventures says its Scale Up Fund will provide primary capital to current portfolio companies that have grown beyond the mandate of MMC Ventures’ existing funds. Notably, however, MMC’s Scale Up Fund is also permitted to participate in secondary transactions.

In a call with MMC’s Bruce Macfarlane (Managing Partner) and Simon Menashy (Partner), the pair explained that this means that MMC can offer liquidity to early MMC and third-party investors who wish to exit from one of MMC’s portfolio companies early.

In this way, capital can be recycled within the early-stage funding ecosystem, whereby, for example, angel investors can go again by backing newly formed companies, while MMC maintains a longer-term outlook.

However, despite the launch of a later stage fund, Macfarlane says MMC’s core specialism remains as a Series A investor

Meanwhile, MMC has already made investments from the Scale Up Fund into a number of portfolio companies. They are Safeguard Global (alongside Accel KKR), Masabi (alongside Smedvig Capital), and Interactive Investor.

The Scale Up Fund rounds off a number of new funds managed by MMC. The firm recently outed a new £52 million seed fund in partnership with the Mayor of London. And combined with its annual EIS fundraise, the VC has added £200 million to its coffers in the last 12 months.

Over the last year, MMC has invested more than £85 million across the pre-seed, seed, series A and later stages in amounts ranging from £100,000 to £25 million. The firm also moved into new larger offices in Holborn, in Central London, which Macfarlane tells me is a sign of how bullish MMC remains with regards to U.K. tech and in spite of Brexit.

“2019 has been a big year for our firm, and the launch of our new Scale Up Fund represents a scale up moment for MMC as well as a significant innovation in the U.K. venture market,” adds Macfarlane in a statement. “This Fund allows us to double down on our most successful businesses while enabling our investors, and others, to take full or partial exits from early investments”.