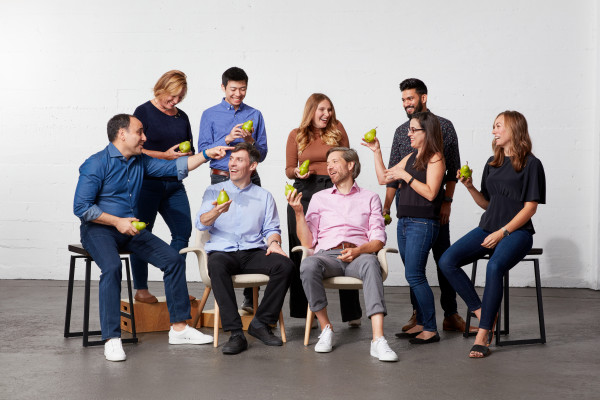 
Pear, a six-year-old, Palo Alto, Ca.-based seed-stage firm whose bets on nascent startups are closely watched by early stage investors, has closed on $160 million in capital commitments from a wide array of backers, including a previous investor, the University of Chicago.

It’s more than twice the $75 million that the firm raised for its second fund in 2016 and triple the $50 million it raised for its debut fund back in 2013. We gather the firm had to turn down quite a few interested parties, too, in order to stick to what it’s most comfortable doing, which is to make bets on very nascent startups.

A little less than half of these are launched by college students or recent grads, many of them at nearby Stanford but also at a growing number of other top universities, including UC Berkeley, Harvard and M.I.T. Pear also invests roughly 55 percent of its capital in founders who’ve logged some time in the working world, including at Uber, Facebook and Google.

We talked last week with the firm’s cofounders, Mar Hershenson and Pejman Mar, who’ve known one another for 20 years. Nozad famously sold rugs to tech millionaires before becoming a full-time investor; one early bet was on the early smartphone company Danger, which sold to Microsoft in 2008 for $500 million. Danger was cofounded by Hershenson, a three-time entrepreneur whose husband cofounded the company and Nozad was an investor. He’d also invested in Hershenson’s intellectual property startup Sabio Labs, which was later acquired by a now defunct software company called Magma Design Automation).

The pair said that little will change with this new, far bigger fund. The goal remains to be the “best partner on the ground for the entrepreneur from ground zero,” said Hershenson, meaning Pear doesn’t need to see revenue or even customers so much as to trust a team and its vision. Asked more specifically what it is that they look for, Nozad likened it to understanding “really good wine; it’s hard to explain it in words but once you have it, you know it.” Adds Hershenson, “We spend a lot of time with founders and a lot of it comes down to their commitment, how mission driven they are, and their ability to attract talent. You want a captain of the ship, someone who leaves last and who wants to build a product for many people.”

Certainly, the two have plenty of opportunities to meet founders, opportunities that they’ve created for the firm by focusing — to an extreme degree — on building community. In the last year, alone, Pear has hosted roughly 100 events, from a speaker series where it brings in investors and CEOs to speak to founders and students, to workshops, bootcamps, pitch nights, CEO dinners, hackathons and demo days. (Hershenson says one of her favorite evenings every quarter are dinners she has with other women engineers.)

Hershenson and Nozad are also building an organization to help scale their work — as well as hopefully outlast the two of them, they say — and which now includes three partners in addition to the two of them: Ajay Kamat, who focuses on consumer startups and previously founded the of Pear-funded startup Wedding Party, which he sold to Instacart; Ian Taylor, who heads up Pear’s “Dorm” programs and concentrates on supporting student founders; and Nils Bunger, who previously founded the desktop virtualization company Pano Logic before founding MobileSpan, a maker of enterprise file-sharing software that he sold to Dropbox. Bunger focuses, unsurprisingly, on helping Pear to uncover promising business-to-business startups.

The approach seems to be working. Among dozens of other startups, Pear was early to a number of big and growing companies, including the now publicly traded blood diagnostics company Guardant Health, the delivery company DoorDash, the HR and payroll software company Gusto, and Branch, a company that helps brands drive sales through its linking infrastructure.

Some of its newer bets seem interesting, too. Among these is Nightfall, a company whose tech scans structured and unstructured data in hundreds of apps for sensitive information that it then acts to secure, and which launched publicly last month with $20.3 million in funding. Another is ixLayer, a young San Francisco-based infrastructure startup promising to make it easier for its customers to offer home DNA tests by providing them all the services they need, from a custom storefront marketplace and patient portal, to EHR data access, and payment handling.

Indeed, like another six-year-old firm that we wrote about yesterday called SignalFire, Pear isn’t focused on themes so much as on founders, no matter where they might find them. As Nozad told us last week during our call, “We’re not a  research-driven fund, We think founders know better than us. We want to see future through their eyes.”

If you’re interested in learning more about Pear and its portfolio companies, the team interviewed roughly a dozen of their founders for the video below about how Pear has helped in their respective entrepreneurial journeys. Among those to sing the firm’s praises: Tony Xu of DoorDash and Shubham Goel and Ray Zhou of the relationship intelligence platform Affinity.