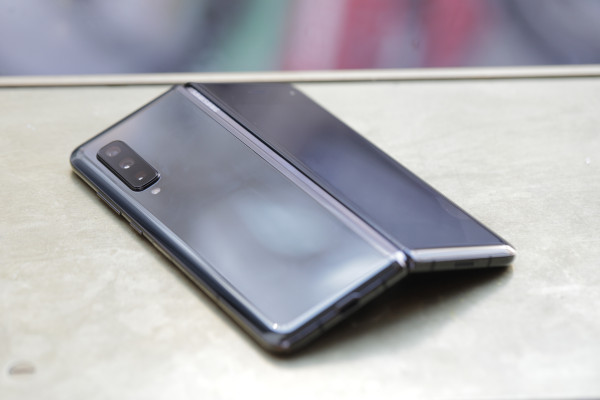 
This is, surely, the moment some loyal fans have waited for. And understandably so. The Galaxy Fold is, by all measures, an exciting phone. It’s the sort of bold brashness that has helped Samsung set itself apart from the competition. Many of us laughed at the Galaxy Note, too, and yet here we are, with larger phones across the board.

Five months after originally planned, the Galaxy Fold goes on sale today in the U.S. The handset has had its share of setbacks, of course. The first round ran into problems from several reviewers for a variety of reasons. And as I outlined yesterday, I ran into my own issues with the reinforced version of the handset.

Even in its current version, the Galaxy Fold is a fragile thing. That’s something Samsung has been abundantly cautious about disclosing, through a video pleading to “just use a light touch” and a lot of paperwork that ships with the device. I’ll be giving more thoughts on my time with the product in an upcoming write-up. In the meantime, however, anyone thinking of plunking down the $2,000 (and up) needs to factor that into the equation.

But this is a phone, not a Fabergé egg. It will be interesting to see how wider availability plays out. There is still a sense around the launch that we’re dealing with a sort of wider-scale beta phase here. It would be silly to suggest that the foldable category will live or die by this launch, but it will surely be the most closely watched device release in recent memory.

Also out today is the Galaxy Watch Active 2. I’ve been wearing that device around as well. More on that soon, but so far, so good.