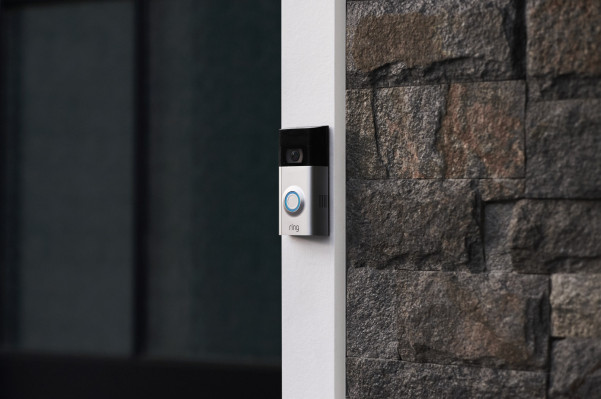 
Senator Edward J. Markey (D-Mass.) is looking for answers from Amazon about its doorbell camera Ring and the company’s relationships with law enforcement agencies around the U.S. In a letter published on Thursday, he writes to the technology giant how partnerships like Ring’s raise “serious privacy and civil liberties concerns,” and asks Amazon to further detail the size and scope of its numerous deals with police.

The Senator’s attention was drawn to the issue following a recent report by The Washington Post. The report revealed that Ring had entered into some 400 video-sharing partnerships with U.S. police forces, which granted the police access to the footage from the homeowners’ internet-connected video cameras.

The police cannot tap into live or on ongoing footage, and the homeowners can choose to decline police requests, the report also said.

However, the partnerships raised concerns from privacy advocates who believe the program could threaten civil liberties, turn residents into informants, and subject innocent people to greater surveillance and risk, The Washington Post noted.

The same kind of network of surveillance cameras would draw more scrutiny if the police or the government had installed it themselves, but by working with Ring they’re not directly involved.

In a letter (see below) dated Thursday, September 5, 2019, Senator Markey questions the use targeted language that encourages Ring owners to opt in to the video-sharing program with police, as well as the way Amazon actively courts law enforcement to increase its use of the Ring system. Sen. Markey additionally points out that Amazon seems to be increasingly working with U.S. police forces, like it did when marketing its facial recognition product, Rekognition.

“The scope and nature of Ring’s partnership with police forces raise additional civil liberties concerns. The integration of Ring’s network of cameras with law enforcement offices could easily create a surveillance network that places dangerous burdens on people of color and feeds racial anxieties in local communities,” Sen. Markey wrote. “I am particularly alarmed to learn that Ring is pursuing facial recognition technology with the potential to flag certain individuals as suspicious based on their biometric information,” he continued, referencing a patent Ring applied for last year that would catch “suspicious” people on camera.

“In light of evidence that existing facial recognition technology disproportionately misidentifies African Americans and Latinos, a product like this has the potential to catalyze racial profiling and harm people of color,” Markey said.

The Senator asks Amazon to detail how long it’s been asking users to share video footage with police, how those policies have changed, and which police departments it’s working with. He also asked for information about how this data was being stored, what safeguards are in place, whether the police are sharing that footage with other entities, whether Rekognition capabilities were coming to Ring, and more.

Markey also wants Ring to review its consent prompts for video-sharing with experts to make sure it’s not manipulating consumers into these agreements with police.

And he wants to know if Ring has worked with any experts in civil liberties, criminal justice or other relevant fields to review its doorbells and social network Neighbors to ensure they don’t present unique threats to people of color or other populations.

Ring would not be the first to create a home for racial profiling among neighbors, though its connection to cameras makes it more of an actionable threat than other networks, like Nextdoor or Facebook Groups.

Nextdoor, for example, became well-known for issues around racial profiling, and eventually rolled out tools to try to stem the problem in its app. Crime-tracking app Citizen also faced controversies for creating a state of paranoid hypervigilance among its users — something that has long-term effects on how people perceive their world and those they share it with. And anyone in a Facebook Group for their neighborhood knows there will at some point be a post about a “suspcious” person with little evidence of any wrongdoing.

Sen. Markey gave Amazon until September 26, 2019 to respond to his questions.