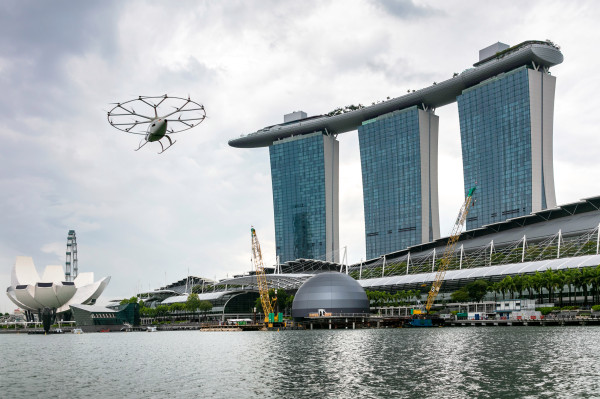 
Electric vertical takeoff and landing (eVTOL) aircraft maker Volocotper has received a Design Organization Approval (DOA) from the European Union Aviation Safety Agency (EASA). This is basically a recognition by the EU that the processes Volocopter has in place in developing and building its aircraft are of a high enough standard that it can expedite the process of deploying its eVTOLs for commercial use.

That’s a big advantage for Volocopter as it moves forward with its commercialization plans. The German company announced plans this year to produce a cargo version of its vehicle designed for hauling goods, and also revealed it’ll be doing pilot of that vehicle in partnership with John Deere focused on testing its using in agriculture. Meanwhile, it’s also moving ahead with its plans for an ‘air taxi’ version that’s meant to transport people in urban environments.

Volocopter has flown its personal transport with passengers on board in Singapore and Stuttgart so far, in tests designed to help demonstrate its feasibility ahead of a true commercial launch. The company announced a €50 million euro (around $55 million USD) funding round earlier this year, and it hopes to launch its service for the public in around two to three years’ time.