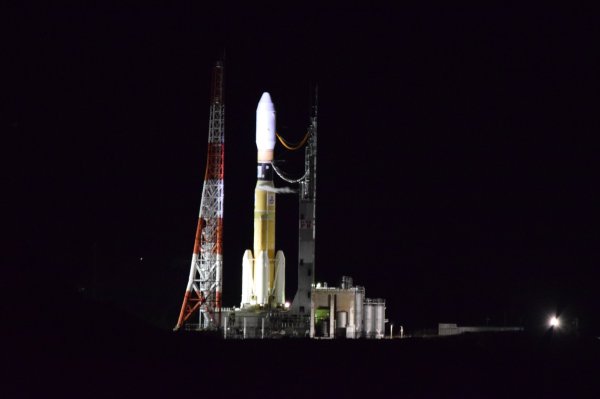 
The Japan Aerospace Exploration Agency (JAXA) will launch a cargo of experiments, supplies and small satellite payloads to the International Space Station today at 12:05 PM EDT (1:05 AM JST / 9:05 AM PDT). The payload will be delivered via a Mitsubishi Heavy Industries (MHI) H-IIB rocket, packed in an H-II Transport Vehicle (HTV) unpiloted cargo spacecraft which will then rendezvous with the ISS to offload science experiments, new lithium-ion batteries for use in replacing older nickel-hydrogen ones used on the orbital laboratory.

This mission is codenamed ‘HTV-8,’ the eighth mission that MHI has run using the HTV cargo ship. It’ll launch from Tanegashima Space Center in Japan, which is on a small island off the very southern end of Japan’s Kyushu region. This is the second attempt for the launch, after the original try was scrubbed prior to lift-off due to a small fire on the launch pad, which MHI subsequently investigated and corrected.

The H-IIB rocket is a fully expendable launch vehicle, with a liquid-oxygen fueled central core, and four solid fuel boosters that surround the base to provide more lift, giving the rocket a total lift capacity of up to 18,000 lbs to geostationary transfer orbit, or as much as 36,400 lbs to low-Earth orbit.

This eighth flight for the H-IIB will also be its second last – the company plans one more flight for this configuration before focusing entirely on its forthcoming H3 medium-lift launch vehicle, which will boost cargo capacity to as much as 14,3000 lbs to geostationary transfer orbit, and which will reduce launch costs by more than half to between $50 – $65 million, in an effort to become more price competitive with emerging commercial launch providers like SpaceX . H3 is targeting next year for its first test flights, with commercial operations kicking off in 2021.

NASA will begin broadcasting the live stream of the launch above starting at around 11:30 AM EDT (8:30 PM PDT).